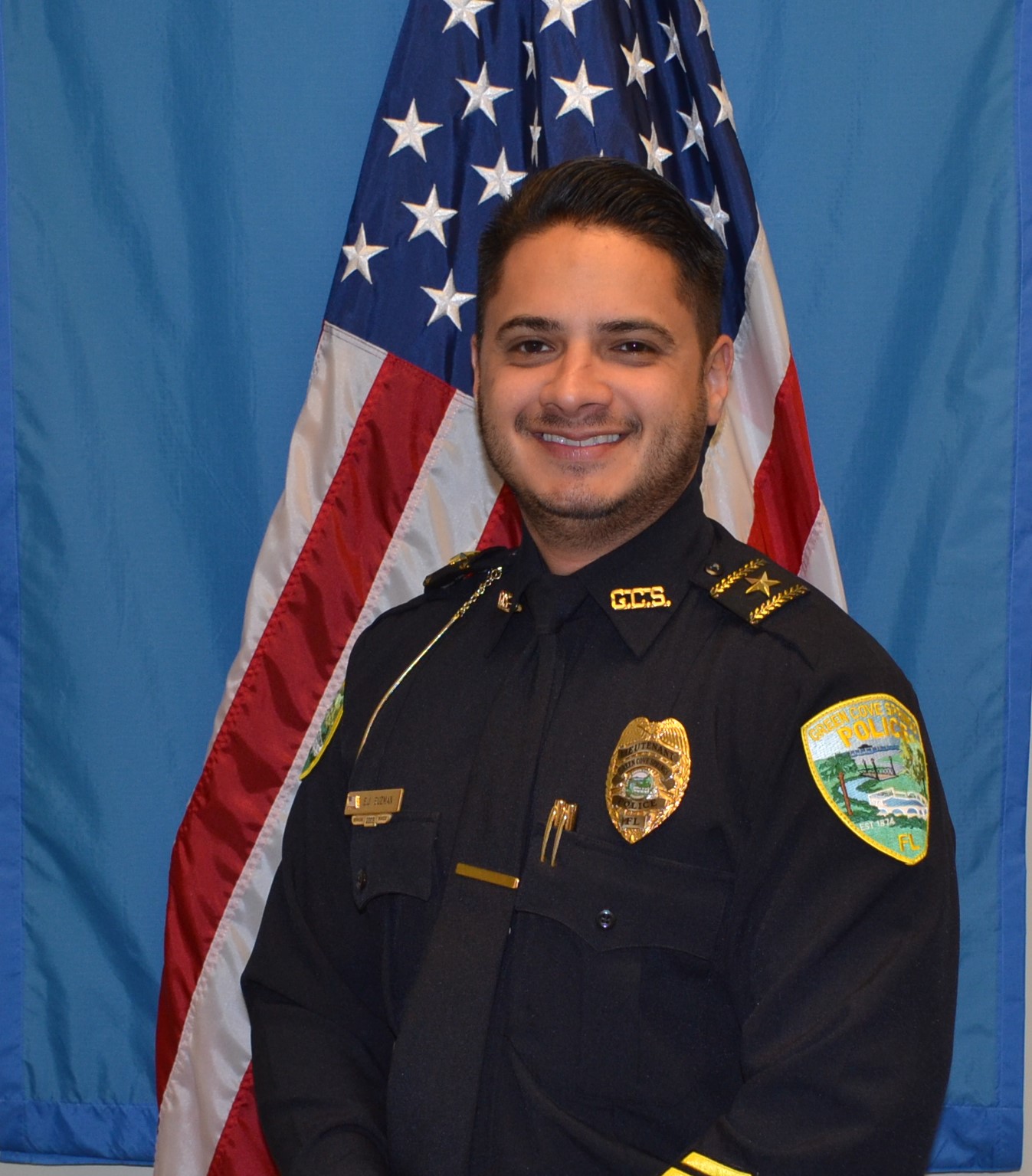 December 20, 2021 – City of Green Cove Springs has promoted Commander John Guzman to be the City’s next Chief of Police.

Guzman has been serving as the Green Cove Springs Police Department’s Acting-Chief of Police since August and has continued serving in that role since Chief Derek Asdot passed away from complications of COVID-19 in late September.

“Commander Guzman has done a great job in keeping the police department focused and on track with the priorities Chief Asdot established,” Green Cove Springs City Manager Steve Kennedy said. “The department staff have been supportive of Commander Guzman, especially over the last four months, and will continue to support him as Chief of Police.”

Guzman started his career in law enforcement with the Green Cove Springs Police Department in 2003 as a patrol officer, field training officer, street crimes officer, and instructor. He was assigned to serve as a Detective with the county-wide drug/vice task force in 2010. He was promoted to Sergeant in the GCSPD in 2017 and again as Lieutenant in 2018. Before serving as the Acting-Chief of Police, Guzman worked as the department’s Administration Division Commander overseeing Criminal Investigations, Communications, Accreditation & Training, School Resource Officers, Records, and Evidence Sections of the police department.

Guzman is a graduate of the Florida Department of Law Enforcement’s (FDLE) Leadership Academy with more than 800 hours of law enforcement training. Over his 18 years working in law enforcement, he has received the Medal of Valor, Chief’s Achievement Award, Police Commendation Award, Educations Achievement Award, Community Service Award, and a Letter of Commendation from the Clay County Sheriff in 2012.

He holds a Bachelor in Science degree from Vincennes University, and is currently in the Master of Science in Management program at the University of Florida.