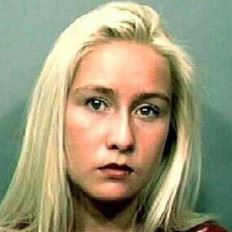 Distinguishing Characteristics: Scars, Marks, Tattoos: Caucasian female. Tattoo of a dagger with a blood drop on upper right breast. Heart tattoo on right ankle. Cross-shaped scar on one of her upper arms and another scar on her right breast.

Details of Disappearance: Yvonne was last seen in Green Cove Springs, Florida on December 22, 2000. She and her husband, Jesse A. Owens (nicknamed “Andy”) resided with his mother on Highland Avenue. The couple argued during the early morning hours and police were summoned to the house to end the dispute. Owens told police that he saw Yvonne walk down Highland Avenue at approximately 2:30 am. The temperatures were at the freezing mark during the time.

One of Yvonne’s friends told investigators that he gave her a ride to an undisclosed residence, several blocks away, from Vermont Street shortly after 2:30 am. He said he waited several minutes for Yvonne to return to his car before departing from the house. Another friend reported seeing her walking along Vermont Street towards State Road 16 around daybreak. Yvonne has never been heard from again.

Owens reported Yvonne as a missing person two days after her initial disappearance. He stated that his wife had a history of leaving their home for several days after arguments. Owens cooperated with the investigation into Yvonne’s disappearance and was not considered a suspect at the time.

Since the initial investigation, there have been several leads and tips called into the Police Department. Over the years, multiple interviews have been conducted; based on information developed from these interviews, multiple locations have been processed for evidentiary value.

Investigators are actively working on examining all evidence gathered over the years and continue to evaluate information, new and old. If you or anyone that you know has any information regarding the disappearance of Yvonne Belcher, please contact Green Cove Springs Police Department at 904-297-7300. 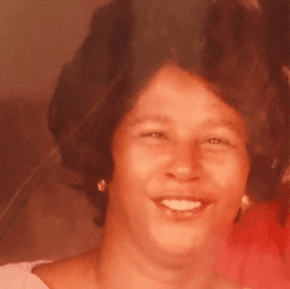 In January of 1989, Green Cove Springs Police Department received a Missing Person’s report for Melinda Joyce Holder. The reporting party stated Melinda stepped out to speak with a friend and did not return. It was believed early into the investigation, that Melinda may have left town with friends.

In December of 1989, emergency personnel responded to 404 Harrison Street in reference to a house fire. As investigators were attempting to locate the source of the fire, unidentifiable human remains were discovered. The residence had been vacant for some time; however, the fire was deemed to have been caused by arson with no suspect identified.

June of 1990, Green Cove Springs Police Department received the Florida Department of Law Enforcement’s (FDLE) laboratory report for the evidence submitted from the fire. Results from the tested DNA samples came back uninterpretable, thus being inconclusive as to making a positive identification.

During the investigation, DNA samples were collected from two of Melinda’s children under the possibility the remains found in the fire could be tested and identified as Melinda.

In September of 2018, investigators contacted the University of North Texas (UNT) Center for Human Identification for further analysis of the remains.

In December of 2019, investigators received confirmation through UNT and FDLE that, according to the DNA testing results, the remains from the structure fire did belong to Melinda Holder.

To date, the circumstances surrounding Melinda’s disappearance and death are unknown. The Green Cove Springs Police Department will continue to investigate until definitive results are found. If you or anyone that you know has any information regarding the disappearance and death of Melinda Joyce Holder, please contact Green Cove Springs Police Department 904-297-7300.